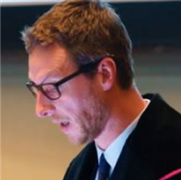 Professor, Head of Department, Department of Pharmaceutical Analysis, Ghent University, Belgium.
Dr. Coenye's Ph.D. studies were funded by the Institute for the Promotion of Innovation by Science and Technology in Flanders (IWT) and the Cystic Fibrosis Trust (UK) and were carried out in the Laboratory of Microbiology in the Faculty of Sciences at Ghent University, under the B. cepaciasupervision of Prof. Peter Vandamme.Subsequently Dr.Coenye worked as a postdoctoral fellow in the lab of Prof. John J. LiPuma (University of Michigan) on epidemiology and population structure of B.cepacia complex isolates and the identification of unusual respiratory pathogens present in the lungs of CF patients.

Upon his return to Belgium, he rejoined the group of Peter Vandamme to continue his work on the taxonomy of Gram-negative non-fermenters and the use of novel approaches (based on whole-genome sequences) in bacterial taxonomy. His work was funded by the Belgian Federal Government (a DWTC Return Grant) and the Fund for Scientific Research-Flanders (FWO Postdoctoral Fellowship). For this taxonomic work he received the 2007 Dade Behring MicroScan Young Investigator Award from the American Society for Microbiology and the American Academy for Microbiology. He joined the LPM (as a postdoctoral research and teaching assistant) in April 2005 and was appointed as research professor in October 2006. In the LPM the "social behavior" of a wide range of organisms are studied (both bacteria and funghi), both in single and multispecies consortia, and within the context of a wide range of infectious diseases (including acne, chronically infected wounds and chronic respiratory tract infections in CF patients).

All Sessions by Tom Coenye