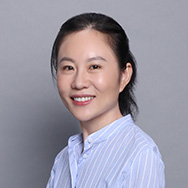 Professor, South China Sea Institute of Oceanology, Guangzhou, China.
Dr. Xiaoxue Wang, Professor at the South China Sea Institute of Oceanology. Her research area is the environmental adaptation and evolution of marine microorganisms. Research of her lab mainly focuses on exploring on the role of motile genetic elements including phage, plasmid and toxin-antitoxin systems. She obtained her bachelor degree from Ocean University of China in 2000, obtained Ph.D. degree majoring in Genetics from Texas A&M University in 2006. After that, she had worked as postdoctoral researchers at Rutgers University and Texas A&M University from 2007 to 2011. Funded by the Recruitment Program of Global Experts program, she started her academic career as a research professor at the South China Sea Institute of Oceanology at Dec 2011. She was awarded the Distinguished Young Scholar Award by the National Natural Science Foundation of China in 2016. She has published over 50 manuscripts in Nature Chemical Biology, Nature Communications, ISME Journal, Nucleic Acids Research, Environmental Microbiology, Molecular Microbiology et al. She has been invited by Drug Resistance Updates and Applied and Environmental Microbiology to write review papers on prophages and toxin/antitoxin systems. She currently serves on the editorial board of Science China: Earth Sciences, Frontiers in Microbiology, Frontiers in Marine Science, and also serves as the ad-hoc reviewer for ISME Journal, PLoS Genetics, and Environmental Microbiology.

All Sessions by Xiaoxue Wang